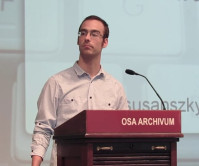 This article discusses how an illiberal regime within the European Union (EU) can hinder the mobilization of citizens and civil actors by creating an atmosphere of “ambiguity”. In our analysis, we first discuss the Hungarian constitution of 2011, which provides the driving force of the regime, and next using the example of the migration crisis show how this atmosphere of ambiguity is created. We argue that although there is no physical violence present, opponents of the regime are disheartened to act because of the general atmosphere relying on the logic of constitutional othering, dividing the world into its enemies and friends and shifting from the rule of law to ruling by law. While the regime’s gaudy campaigns against immigrants, non-governmental organizations (NGOs), the Central European University, the EU or George Soros are omnipresent, we aim to go deeper and highlight the mechanism through which the regime manages to discourage citizens from voicing their discontent.