Constitutional Politics and the Judiciary: Decision-making in Central and Eastern Europe (edited by Kálmán Pócza) was released on 28th November 2018 at Routledge. The volume uses the methodology and database of JUDICON project. 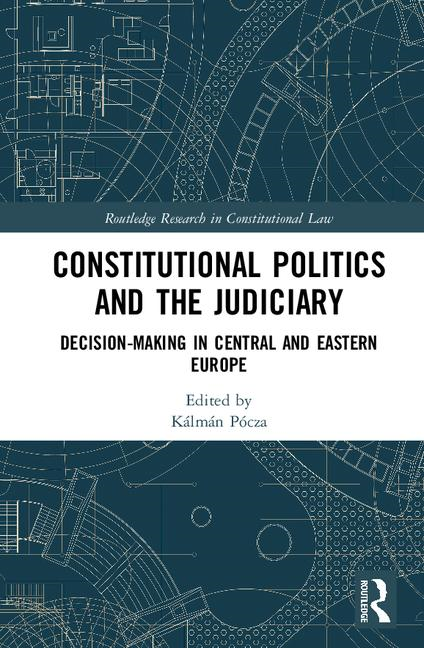 Recent confrontations between constitutional courts and parliamentary majorities, for example in Poland and Hungary, have attracted international interest in the relationship between the judiciary and the legislature in Central and Eastern European countries. Several political actors have argued that courts have assumed too much power after the democratic transformation process in 1989/1990. These claims are explicitly or implicitly connected to the charge that courts have constrained the room for manoeuvre of the legislatures too heavily and that they have entered the field of politics. Nevertheless, the question to what extent this aggregation of power has constrained the dominant political actors has never been examined accurately and systematically in the literature. The present volume fills this gap by applying an innovative research methodology to quantify the impact and effect of courts’ decisions on legislation and legislators, and to measure the strength of judicial decisions in six CEE countries.

Chapter 6: The Polish Constitutional Tribunal: Deference beyond the veil of activism - Artur Wołek and Iga Kender-Jeziorska