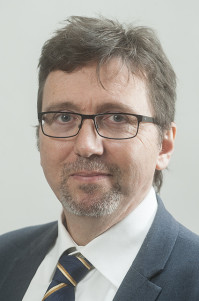 Populism is a complex term usually carrying a negative connotation, often associated with leaders who criticize the elite—be it political, academic or scientific—that their citizens view, and react to, with skepticism. Scholars have tried to define the term and label parties and politicians as such, but the H2020 Research and Innovation Action project DEMOS seeks to go beyond that, taking into account both the individual level, psychological roots of populist attitudes and describing the features and consequences of populist governance. In an interview for the Hungarian radio channel Civil Rádió on March 6, Zsolt Boda, the leader of DEMOS, spoke about the goals of the project. One of them is to cover populism through multiple manifestations across Europe and beyond, shedding light on its varieties, how populism relates to specific cultural contexts, and how different social actors react to the challenges of populism.

That’s why, according to Boda, studying populism matters. It is a phenomenon that emerges with leaders promoting narratives against existing democratic governance structures—claiming to be speaking on behalf of the good people. Skepticism toward existing structures can be legitimate and even necessary since the criticism of the elite is a democratic value in itself. “But populism may often pose challenges on well-established democratic structures, such as the system of checks-and-balances of the legislative, executive, and judicial powers as well as on human rights and even the constitution,” Boda said. Populism has been associated with an increasing number of European countries, such as Hungary and Italy, and learning and raising awareness about its practical political and societal implications are core objectives of DEMOS.

The 36-month project, funded by the EU, is led by the Centre for Social Sciences of the Hungarian Academy of Sciences (CSS HAS) and involves 15 partner institutions from Europe. In his interview with Civil Rádió, Boda also said that it is exceptional for an institution from Central Europe to lead an H2020 consortium. The academic grant helps provide a stable institutional background for research on sensitive political topics like populism, while greatly contributing to financing research and management costs of partner institutions, with a positive impact on the entire national academic landscape.