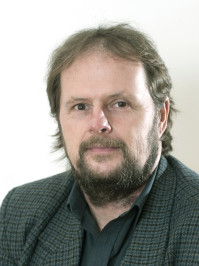 "Industrial heritage and cultural heritage have various interpretations and meanings. In my opinion, it is worth thinking over the meaning of cultural heritage from the point of view of social history. The basic questions are: how did the culture of work change in the modern world? What were the consequences of these changes in society? What was the role of traditions and habits? How was social behaviour influenced by political changes? What were the social effects, if the social, local and individual identity of workers often changed, as happened in Hungary in the last few decades – especially since the regime change in 1989/90? The transformation of the world of modern work and post- and deindustrialization created new conditions for all participants. The remembrance of work and workers became part of the industrial and cultural heritage.

In my paper I will give a summary of the changes in workers’ lives under conditions of deindustrialization in contemporary Hungary and look specifically at how these changes are remembered. I would like to show how the culture and identity of local industrial society have changed. The place of my research is Ózd – a former industrial centre in North-East Hungary, where one of the largest factories in twentieth-century Hungary was operating – with more than 14,000 workers – until the mid 1990s. The factory was closed in the second half of the 1990s in consequence of the 1989/90 transitions. On the basis of interviews, I analyse the main components of former workers’ lives, the process of work, the special characteristics of social connections and the networks in the factory and in private life. The basic research questions are: how did they live their everyday life as workers and what kind of memories do they have? How did they reorganize their lives after the closing of the factory? How did culture and the structure of their lives and identities change in the period of deindustrialization? Furthermore, I also examine the question, how did workers experience the demolition of their former industrial environment?"