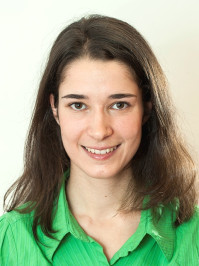 Veronika Patkós has recently published an article entitled "Wearing rose-coloured glasses. The happiness effect of party attachments in Europe" (co-authored with Eszter Farkas) in the Journal of Contemporary European Studies.

Abstract As related research in political psychology shows election results affect the emotions of individuals, although most studies report about a short-term effect that disappears in one or two weeks. This paper investigates whether election results influence the general mood, the happiness of individuals in the long run. The analysis uses the European Social Survey data from 30 European countries between 2002 and 2015. Regression models suggest that voting for and being attached to an incumbent party increases happiness, while ideological closeness to the government does not. Moreover, the interaction effects show that the closer people feel to their preferred party, the larger the happiness gap becomes between government and opposition supporters. This trend, however, does not hold in case of opposition supporters, whose happiness level is not alternated by the closeness of the attachment. These results prove that partisan motivations are in action in the non-political sphere of life too, and they complement former evidence about an intense short-term effect of winning the elections on voters’ happiness. By testing and confirming the effects of the most widely used explanatory variables of happiness on a large cross-national sample, the paper contributes to general happiness research as well.