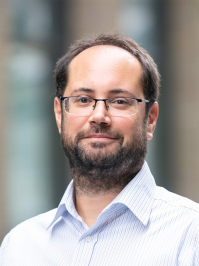 Publication: Miklós Sebők and Sándor Kozák have published a new article entitled ‘From State Capture to “Pariah” Status? The Preference Attainment of the Hungarian Banking Association (2006–14)’ in Business and Politics.

One of the major political narratives in the build-up to the critical parliamentary election of 2010 in Hungary was related to the “government of bankers.” Pre-2010 governments earned this label by the opposition based on their supposed close relationship with banking interests and for purportedly formulating financial and tax policy according to the needs of major financial institutions. In this article, we examine the preference attainment of the Hungarian Banking Association, the pre-eminent interest group in banking, and that of OTP, the biggest bank in Hungary, in order to evaluate this popular claim. The article addresses this challenge by comparing the policy influence of Hungarian Banking Association and OTP in the government cycles ending and starting in 2010. We adopt a computer-assisted qualitative content analysis framework and juxtapose the policy positions of the interest group in their formal communications with actual legislation related to the same issues. Results show that the general preference attainment of the banking lobby on major policy issues decreased after 2010—nevertheless, seismic activity was already under way after 2006.

The article is openly accessible here.