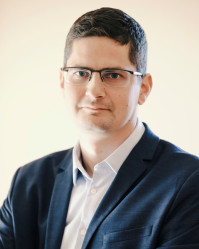 András Bíró-Nagy has published an article entitled “Orbán’s political jackpot: migration and the Hungarian electorate” in  Journal of Ethnic and Migration Studies.

PM Viktor Orbán’s government in Hungary is often seen as one of the paradigmatic cases of illiberalism and an intense contestation of immigration. This paper argues that the Hungarian government’s strong focus on immigration and its hard-line positions on the issue proved to be a political jackpot for the governing party. Besides presenting the claims and frames Fidesz has used regarding migration since 2015, three analytical aspects are covered in this article, based on Eurobarometer, European Social Survey and Hungarian domestic polling data. First, the trends in the perception of the importance of migration for the Hungarian voters are compared to the European public opinion. Second, the changes in the attitudes of Hungarians to immigration are also analyzed in European comparison. Third, I also present what role the fears related to immigration played at the 2018 parliamentary elections. On the whole, the Hungarian centre-right successfully politicized the issue of migration, and acted as an agenda-setter rather than a follower. It was able to sustain a sense of crisis between 2015 and 2018; it exacerbated the rejection of immigration in society; and it was successful in entrenching migration as one of the top fears among its potential voters.