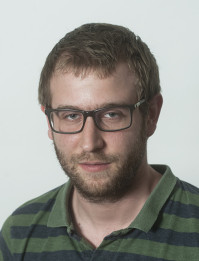 It is an old concern in public and academic debates that people are not interested in European‐level issues, and even European Parliamentary election campaigns, which are the main democratic tools of the European Union (EU) to involve ordinary people into political decision‐making, are mostly about national‐level political topics. Moreover, even when European issues emerge, the context of its discussion is often harmful to European integration and strengthens the perceived importance of domestic politics. In the age of social media, however, users’ content preferences may significantly affect the presence of different political levels in political campaigns, but these preferences are still largely uncovered in academic literature. To fill this gap, we investigate the direct and moderated effects of European‐focused Facebook posts on user engagement drawing upon a content analysis dataset including 9,688 posts of 68 parties from 12 EU countries. In line with the well‐known second‐order election hypothesis (Reif & Schmitt, 1980) we hypothesize a negative direct main effect. However, we also assume that this effect is moderated by several content‐, and party‐level factors, and when people engage with European‐level contents they do it with those ones that are posted by populist parties, focused on a few divisive hot topics, and are framed with a negative tone. Moreover, we expect cross‐country differences. We find that on the whole, user engagement with national‐level political content prevails over the European‐level, but in some countries there are no remarkable differences in user engagement patterns of the two levels. While our findings mostly confirm the second‐order election hypothesis, they also demonstrate that European politics can spread within social media platforms in a less divisive and negative way than we expected. European‐focused posts do not perform better when they are posted by populist parties, focused selectively on the salient issues of immigration or environment, or framed in a negative way.