Start page News Call for Papers: ‘Morality in Political and Public Debates. What is Beyond Moral Framing?’

Call for Papers: ‘Morality in Political and Public Debates. What is Beyond Moral Framing?’ 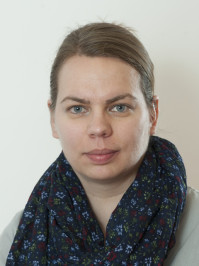 ‘Morality in Political and Public Debates. What is Beyond Moral Framing?’ – Special Issue of American Behavioral Scientist (ABS)

This special issue seeks to contribute to the academic discussion of morality and moral regulation in politicized debates by focusing on interdisciplinary research in sociology, behavioral sciences, political communication, and related fields.

The extreme partisanship of contemporary moral debates has deepened the cleavage between political camps across the globe on a number of topics including military conflicts, migration, racial politics, gender issues, climate change, and others. Although moral language has always been present in politics, in recent years fight between good and evil become the center point of the disputes. In recent years, moral framing research and moral foundations theory (Haidt & Craig, 2004; Graham et al., 2013) have made a serious impact on the empirical analysis of political debates, but little has been known about the dynamics and the affective component of public moralization. Moral conflicts are the most intricate type of social conflict and stem from opposing worldviews, beliefs, and values (Pearce & Littlejohn, 1997). During moral conflicts, each ideological camp attempts to reaffirm its legitimacy and simultaneously questions the reputation of its opponents. Previous studies support the claim that a diverse packet of emotions such as anger, contempt, guilt, shame, and pride play an essential role in moralizing (e.g. Haidt, 2003; Turner & Stets, 2006). The public humiliation of a political opponent, such as shaming, is generally thought to refer to the asymmetric power relations where the humiliator claims to have control over the situation (e.g. Homolar & Löfflmann, 2021). Moralizing messages are often connected to the identification of the opponents’ moral transgression and criticism of moral attributes. Emergent scholarship on character assassination and character work (Jasper et al., 2020; Shiraev, et al., 2022) is becoming increasingly relevant in the contexts where personal attacks on reputation dominate online public debates.

This special issue opens up the global discussion to introduce alternative avenues, novel concepts, and innovative analytical tools to fill the knowledge gaps on morality. We aim to bring together interdisciplinary scholars and seek both conceptual and empirical papers that address the causes and effects of morality, moralizing, and moral regulation in political and public debates, populist rhetoric, and journalistic practices. Cross-cultural comparisons and single case studies are equally welcome, whether they feature either quantitative or qualitative approaches. Papers proposing computational methods are particularly encouraged to be submitted. Any investigation of multimodality in moral politics is within the scope of our interest.

Possible topics include, but are not limited to the following issues:

American Behavioral Scientists (ABS) is a peer-reviewed journal and a valuable source of information, providing in-depth perspectives on intriguing contemporary topics throughout the social and behavioral sciences for scholars and practitioners in sociology, political science, cultural studies, and social psychology. For further reference see: https://journals.sagepub.com/home/abs

Please be informed that there are no article processing charges associated with the publication.