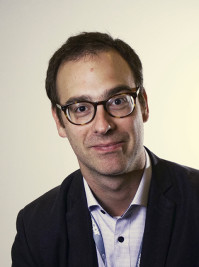 The aim of the project is to analyze risk perception and the mechanisms that link perceived risks to protest participation.

Collective action theory implies that fear of the possible negative consequences of participation in political protests might impede protest action. For instance, a high chance of police attack on protesters in a public demonstration is likely to decrease potential protesters' willingness to participate.

Research results, however, show a complex picture since sociologists and psychologists found a positive correlation between perceived risks and participation in demonstrations. That is, the riskier demonstrating is considered to be, the higher the willingness to participate. Although these results contradict the basic assumptions of sociologists’ action theory, the risk-protest relation remains under-researched by political sociologists. Moreover, empirical studies applied a cross-sectional survey design, which reveals correlations but not the causal paths. To avoid shortcomings of former research we will use the survey experiment method, which is appropriate for analyzing both direct and indirect effects.

RQ1. What are the basic mechanisms connecting perceived risks to protest participation?

RQ2. What role political identity plays in risk perception and willingness to protest?