Új publikáció: How Orbán won? Neoliberal disenchantment and the grand strategy of financial nationalism to reconstruct capitalism and regain autonomy 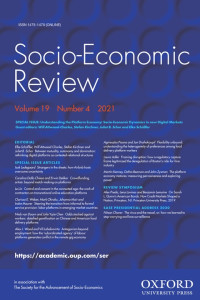 Disenchantment with global finance in Central-Eastern Europe enabled financial nationalism to emerge as a counter-hegemonic strategy. In Hungary, Prime Minister Orbán put forth his explicit aim to increase domestic ownership in banking to over 50% and legitimized the ensuing re-nationalization of the financial sector with resentment over neoliberal banking practices. The article describes how the financial crisis created an opportunity for Orbán and his allies to usher in a new era of financial ownership structures. It provides a critical political economy analysis of how the Orbán government selected economic sectors to target and how it used a network of associated private actors in its quest to re-nationalize and then re-privatize major banks to a newly created elite, the ‘national capitalists’. In this, financial nationalism constituted a grand strategy to reconstruct Hungarian capitalism in order to regain autonomy and assure long-term political survival within a liberal EU context.