Gian Vittorio Caprara is Emeritus Professor of Personality Psychology at the  Faculty of Medicine and Psychology, University of Rome “La Sapienza”.

Gian-Vittorio Caprara was born in 1944 in Erba (Italy) and received his degree in Political Science and his specialization in Psychology from the Catholic University of Milan. Since 1980 he has been Full Professor of Personality Psychology at the University of Rome ‘La Sapienza.’ He is a former President of European Association of Personality Psychology and was a Fellow in Residence at both The Netherlands Institute for Advanced Study and The Swedish Collegium for Advanced Study in the Social Sciences.

He is a member of the Academia Europaea. He is also a member of scientific committees and on the editorial boards of several international scientific journals of psychology. 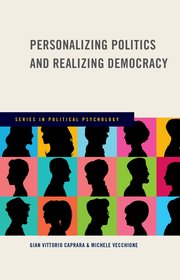